Jordan Rowe Gives You A Taste Of: DARK!!!


Jordan Rowe is an average woman that joins an exclusive club called, DARK. Every client is given a thorough examination. Only a few are accepted.


Before going inside, the clients drink a shot (or two) of Dark Ice, which hides the pain in your body and heightens your senses. No masks. No blindfolds. You crawl into the club that is pitch black and have sex with 19 strangers. The only thing left to do is enjoy your DARK experience… 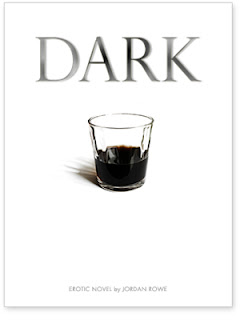 
The only thing Jordan could see were lit numbers about twenty feet in the air circling around the area. She looked behind her and saw the number nine, which led back to her room. There was no way to tell the size of the area, but it felt big as a gymnasium.


She moved across the thick matted floor on her hands and knees.


In preparation for this, Jordan had shaved and waxed every part of her body; legs, armpits…even down below. She did not want someone touching the hair on her body and being turned off. She then wondered if the other eighteen people in this room felt the same way.


Also, what did they look like? How would they feel when she first touched them? Skinny? Fat? Muscular?


The only other fetish that her first husband had was to wear masks during sex. Not the kind of silk masks that covers your eyes, but Halloween type masks. Clowns. Zombies. Aliens. And other monsters.


Jordan realized that the darkness brought out her deepest thoughts; images that she attempted to hide in her subconscious. She hated both of her ex-husbands and never wanted to think about them. However, in the dark, it was just about impossible to control her wandering mind.


Someone brushed by Jordan. She waited on her hands and knees for the person to return.


Jordan could hear them breathing, but was not sure if it was a man, or woman. The person touched her arm, then flinched back. Jordan’s heart banged so hard against her chest she felt dizzy.


“Can I come closer,” the female voice asked.


Jordan did not know what to say. “Sure,” she whispered.


The hand reached out and blindly touched Jordan on the neck, then moved her fingers downward to Jordan’s arms. The woman gently pushed Jordan to the floor and crawled on top of her.


Jordan felt clumsy as she moved her hands along the woman’s body. The woman had wide hips with a modest amount of muscle and plumpness. Her breasts seemed a little on the smaller side for the size of her frame. Jordan continued her examination, feeling a thick amount of long hair that ran past the woman’s shoulders.


Her lips were thin. Her fingers trembled along Jordan’s shoulders and the weight of her body shifted to the side and crawled off. “I could use another shot of Dark Ice,” the woman said with pleasant laugh. Her accent was Latino, or perhaps Spanish. Jordan could not tell the difference.


Someone else brushed by Jordan’s feet. A hand reached out and touched her ankle. The fingers were thick and strong.


He let go of her ankle. Then for the next few seconds, Jordan remained on her back, anticipating either the girl to reach over and touch her, or the man to crawl on top of her.


Instead, just inches from her ears, the woman next to her began moaning. The man’s breathing a steady rhythm, followed by deep groans.


He was fucking her.


Jordan felt embarrassed and even a bit jealous. Why did they both pass on being with her? She wanted to crawl back to her room, get dressed, hurry to the limo, and never return to this place.


Both the man and woman grunted with the obvious sound of a simultaneous orgasm. Other moans could be heard in the distance. Jordan was still laying there like a fool who had not been worthy of their attention.


“You still there?” the woman asked.


Jordan turned her head, wishing she could see the woman.


The man touched her thigh. “She’s still there. I’ll show you.”


Jordan felt both sets of hands touch her. She quivered, not knowing what to do. Should she touch them back? Or are they just mocking her?


The next sensation was nothing like she had before. Both the man and woman found her pussy with their tongues. They licked the sides, then deep in her, both moving at a different pace. Jordan arched her back and rubbed her own breasts. She felt so good that she could have floated to a different planet. She trembled through several orgasms as the licking continued with relentless strokes.


Then, she felt the man inside of her as the woman eased her body next to Jordan’s. She kissed the woman as the man slid his cock in and out, bringing her to another orgasm. The woman squeezed Jordan’s breasts as Jordan wrapped one arm around the man and the other around the woman.


The man fucked her slow at first, then picked up the pace. His thrusts became more intensified, letting out soft groans. The woman shoved her tongue deep inside of Jordan’s mouth.


Jordan had yet another strong orgasm.


Then, someone else joined them. It was another man.