New Horror Out Now At Amazon, Barnes and Noble and wherever digital books are sold!!!

Alexis is caught in a factory fire. Near death and accepting that life has screwed her over for the last time, she encounters a new life form and a path to survival. Life is all about changes and the world better fear the change in Alexis. No longer a victim, Alexis is now a hunter with a mission, and the small town of Harpers Hollow is about to see Hell in the flesh! 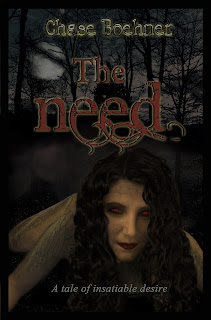